I was happy to see this offer of the Mophie Juice Pack Plus on one of the online daily deals site in Kuwait:

So the only thing to do was order it straight away. Only to find out later when i got home that the product was a fake and wasn’t the original mophie!

The quality was alot cheaper, the cover wouldn’t stay on the phone and was loose, the color of the yellow mophie was dull and looked nothing like the product photo online, the switch of the battery pack also looked a little too cheap to be true.

The nice thing is that when I called them up, they responded very politely and suggested that they did not hear from anyone that it was a fake and I was the first one to call back and that they would send a courier to pick it up and issue a refund.

While i was searching online, i found this article which shows how to spot a fake mophie:

Do compare what you see on that site to the photos below! Again as a reminder, the main thing that really showed was the poor build quality, the dull color and the packaging of the device (especially the letters under the battery pack) 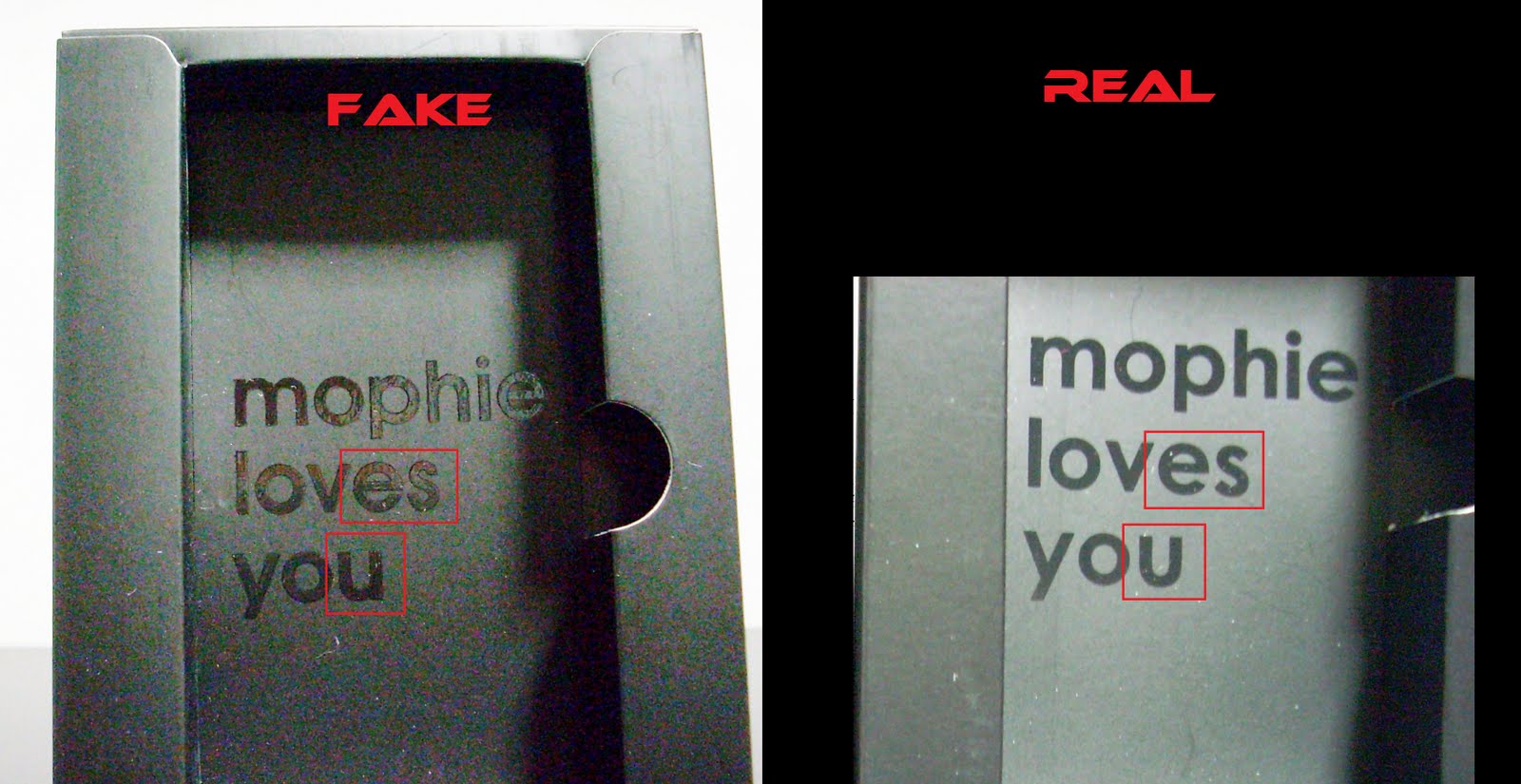 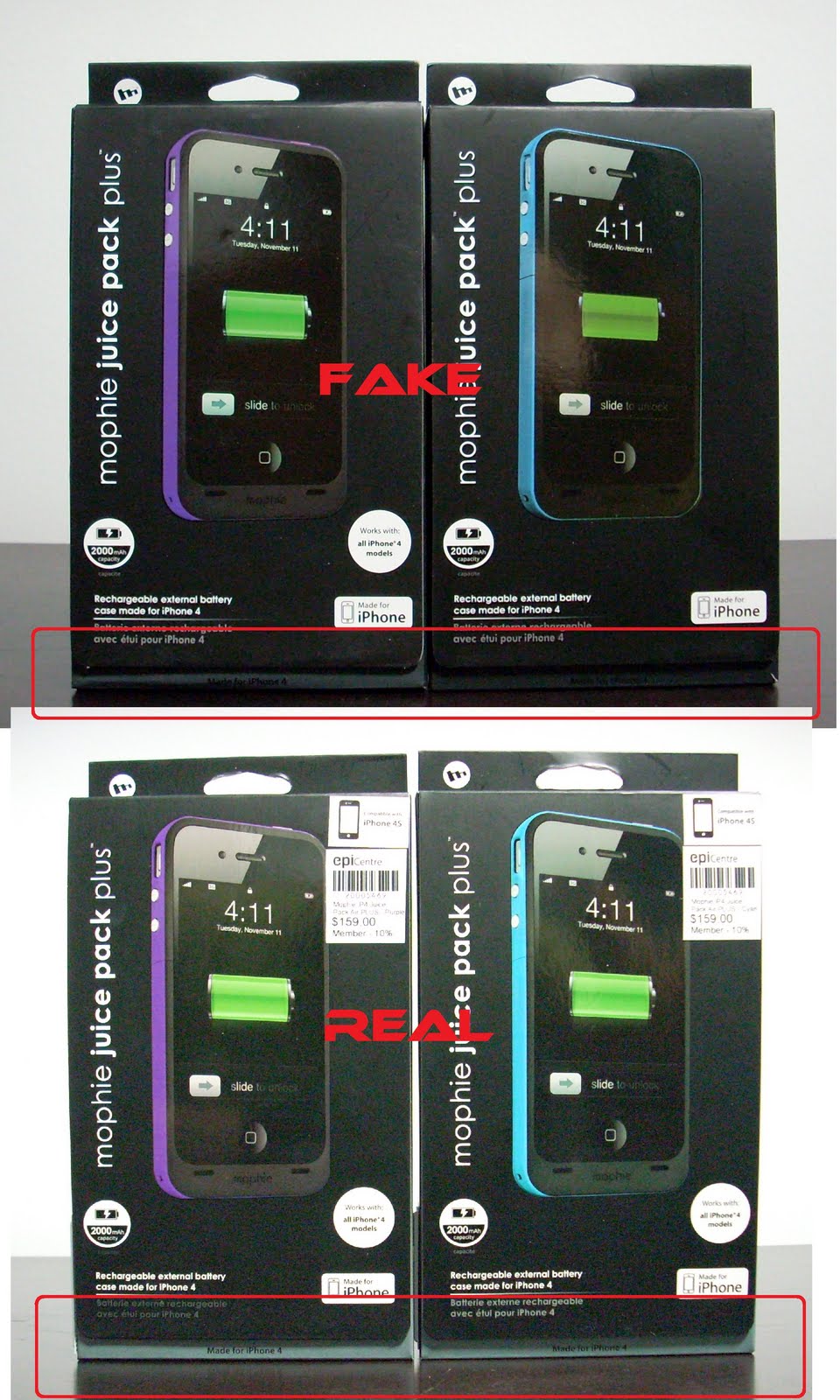 These are photos of the product i received:

Counterfeits are becoming very hard to identify, I would be ok to buy it at that price if they told me its not the original and its a copy (it only makes sense since it was 50% the price of the original), but i would never  accept to take a product that was sold to me as the original when it was a fake! I do urge anyone that buys a product and finds out its a fake to return it no matter how cheap it was to buy. Sellers Beware, this is the age of the internet.